It's more than healing in this incident, more than what we learn from the other healing in the last chapter. There are three things we need to know:
Jesus said, "Which is easier: to say to the paralytic, 'Your sins are forgiven,' or the say, 'Get up, take your mat and walk'? But that you may know that the Son of Man has authority on earth to forgive sins..." He said to the paralytic, "I tell you, get up, take your mat and go home." He got up, took his mat and walked out in full view of them all.
Mark 2: 9-12
Have you experienced Jesus power and authority of healing and forgiving? How can you join in group of three to four people to bring more people to be healed and forgiven by Jesus?
Have a time to be still and give the Holy Spirit space to speak through the passage of scripture we have just read. Offer this time up to God as you listen to him, while listening to "Chariots of Fire"
http://www.youtube.com/watch?v=xEF4zH6XHCk
My Spiritual Journal
What I heard from Jesus today is: The Band of Brothers' love!
Jesus reminds me very strongly on how important the Band of Brothers love can be. The reason for most people to switch to another church or do not go to church anymore is that they can not find even two to three good friends in their own church. Let's be one of that four people or find two to three more using our newly designed Evangelist123 card to start the process to bring more people to Jesus in a fervent way!
Dear Lord Jesus,
Thank you for walking side by side with us. Help us to be able to create this Band of Brothers loving community that many of our relatives and friends will be healed and forgiven. In Jesus name we pray. Amen.
Please click this link to worship with us - All I Need Is You
http://www.youtube.com/watch?v=5-UDWk6e_aE&feature=related
Chinese praise song - 祢讓我生命改變 You Transform My Life
http://www.youtube.com/watch?v=Fbbsl9vP4uI
You can subscribe to my podcast feed here:http://feeds.feedburner.com/discipler123
You may choose to follow my first blog which I started in July 2009:http://bishopsilas.blogspot.com/
Twitter version:http://twitter.com/bishopsilasng
- April 13, 2012
Email ThisBlogThis!Share to TwitterShare to FacebookShare to Pinterest 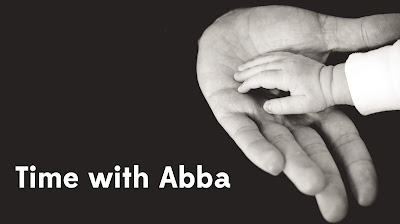